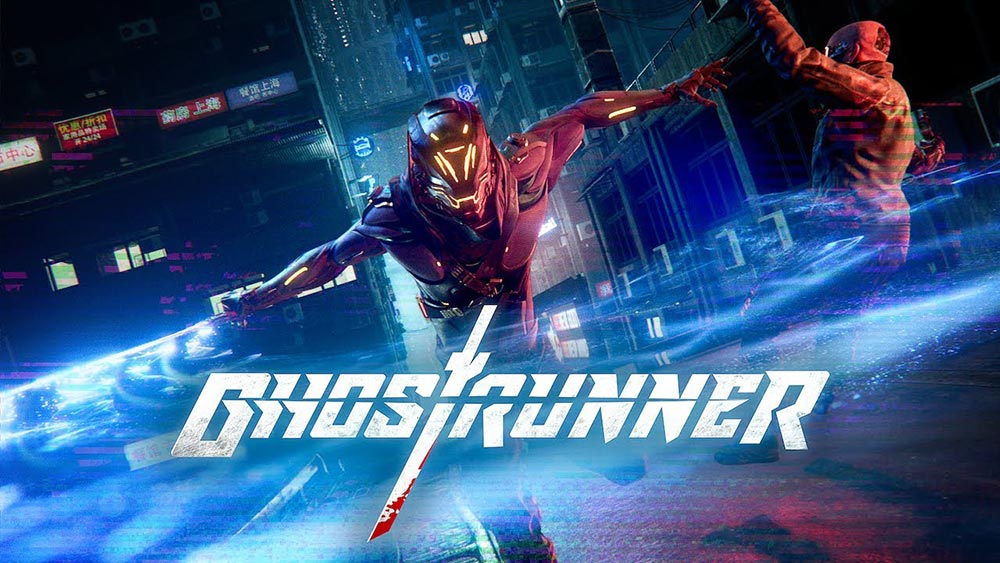 Ghostrunner is a first-person action game set in the far future. The game features a cyberpunk setting and puts players in control of a hero who must save the remaining humans. Ghostrunner takes place well after a global catastrophe which almost completely destroys humanity. Only a small city build inside of a huge tower is the stronghold that the humans have. We as the main character of the game, have to protect this stronghold from the impending threat that it faces.

In Ghostrunner, implants are what determine the inclusion of a person in a caste. These implants and castes divide society and make it so that the rich thrive while the rest suffer from poverty and famine. All of said poverty and famine ultimately results in a rebellion inside of the stronghold, which is what the hero will be protecting. What makes the main character so special is that they are capable of fighting in a physical world and inside of a cyberspace. On top of this, they are highly athletic. This is something that can be seen thanks to the games smooth-looking platforming mechanics.

Speaking of which, platforming is one of the biggest attractions that Ghostrunner offers. In the gameplay trailer that we say earlier this year, we got a glimpse of the main character running on walls and bouncing from one place to another with ease. The demo showed the hero doing all of this while using a sword to swiftly cut enemies into pieces. This brings us to the game’s seeming smooth combat which looks like it might be a lot of fun. The idea of jumping from one wall to another and using all sorts of different abilities to your advantage while getting to slice enemies into pieces with a sword is very intriguing. In fact, it is probably the main thing that has so many people excited for the game in the first place.

Another big mechanic of the game that has a lot of people interested about it is the one-hit kill feature. Enemies die from a single hit of your attacks, and there are pretty much no exceptions to this at all. While this makes the game sound much easier, you’ll be even more intrigued to learn that the same goes for the main character as well. To be more specific, a single hit will kill your character as well. While this is a controversial inclusion to the game, it is one that already makes Ghostrunner seem like a unique and interesting game. If you’re interested in trying it out, you’ll be happy to learn that Ghostrunner finally comes out on October 27, 2020 on Windows, PS4, Xbox One, and Nintendo Switch alike.

FIFA is one of the most successful game franchises in the entire world, which is something that absolutely no... read more

5 best League of Legends heroes for the new season - Tired of losing matches and want to know... read more