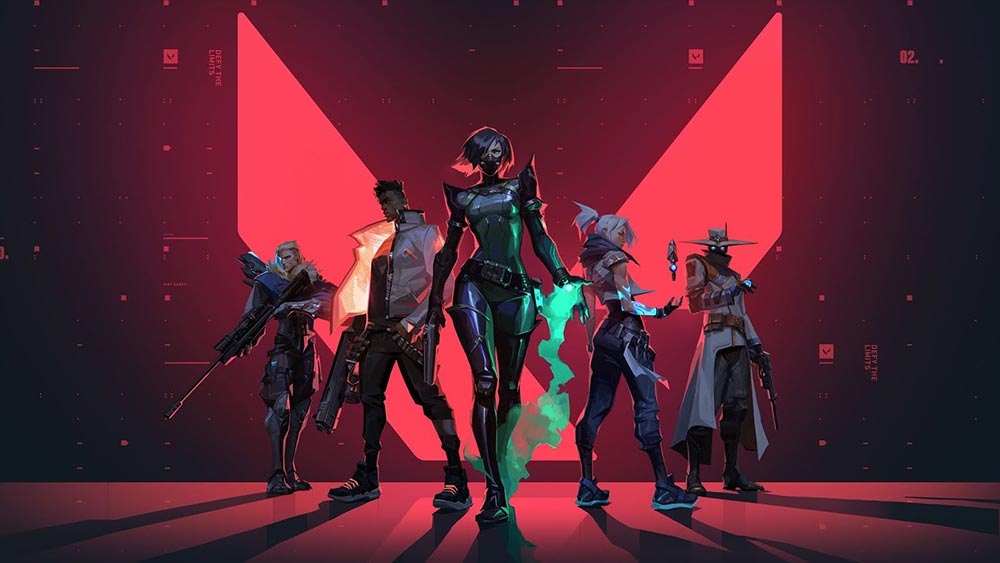 Agents of Valorant – With an incredible rise in the gaming community, not to mention its exceptional popularity on streaming sites even before it was officially launched, Valorant took the gaming world by surprise and came out as a strong contender for an esports game right from the start. Developed and released by Riot Games (the creators of the worldwide multiplayer phenomenon, League of Legends), this tactical FPS shooter combines the lethal shooting mechanics of Counter-Strike with special character abilities similar to games like Overwatch. Valorant primarily plays as a 5v5 shooter where the attacking team attempts to plant a “Spike” on designated sites and/or eliminates the defending team altogether, fairly similar to your regular Search-and-Destroy scenarios in multiplayer shooting games. The game also features a variety of maps with specific nuances such as alternate sites, teleporters and such. However, winning rounds does not depend alone on map knowledge or navigation and the importance of hero knowledge and how each character’s abilities compliment with their teammate’s is extremely vital in overcoming the enemy team.

The roster of heroes, or “Agents” as the game refers to them, is filled with a diverse bunch of fighters with unique abilities ranging from hurling fireballs at opponents or raising walls made of ice for tactical maneuvering or defense or even bombarding the enemy team’s location with heavy artillery. All these various agent abilities provide support and an edge in any given battle situation and make every round a tactical battle of wits. Not only that, the characters are rich with backstory, personalities and reasons for competing against each other, something that is to be expected from developers of LOL and its brilliant character design and lore. Furthermore, agent abilities in Valorant work a bit differently than other shooters since the game still works on the principle of buying weapons and abilities at the start of rounds just like Counter-Strike. Each agent has varied abilities that have to be bought before rounds, like grenades and flashbangs, and even their ultimate ability needs charges before being executed. Following is a rundown of an agent’s ability arsenal:

• Ultimate – this powerful ability is unique to every character and requires charges before it can be used, which are earned through clearing objectives or eliminating enemies. Players need multiple charges gathered over a few rounds for their ultimate to become active.
• Signature – this ability is usable every round, and the frequency of its use varies from agent to agent.
• Purchasable – every agent two additional abilities that can be bought from the store before a round starts, sort of like extra utility items similar to grenades and smokes.

Play with a rotation of agents to learn more about their offensive or defensive capabilities and learn which characters work well with each other regarding abilities and tactics, further improving your game and helping your rise up in the ranks.

Check out our Valorant Accounts from our Shop: Click Here!

Ghostrunner is a first-person action game set in the far future. The game features a cyberpunk setting and puts... read more

League of Legends (LoL) is Riot’s biggest launch yet. The game has received constant love from its developers. Although... read more

A tactical FPS shooter that took the gaming world by force, Valorant is the latest in the line of... read more